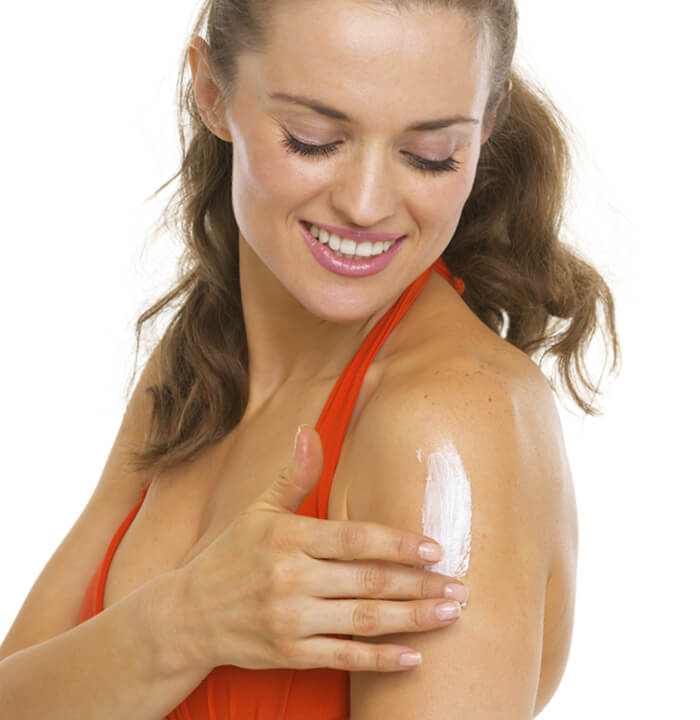 It is well known that sunscreen decreases the risk of melanoma and non-melanoma skin cancers. There is also evidence that sunscreen can help to decrease aging of the skin.

Skin aging is a combination of cumulative sun exposure and chronological age. Photo-aging causes loss of elasticity that is visible in various forms. Skin can appear dry and wrinkly, may have patches of pigment changes, visible superficial blood vessels, or precancerous spots known as actinic keratosis. These changes can be quantified by measuring skin elastosis or non-invasively by visual scoring, skin extensibility, pulsed ultrasound, or silicon impressions of surface topography.

“Skin aging is a combination of cumulative sun exposure and chronological age.”

A study done in Nambour, Australia examined the effects of daily sunscreen use and beta-carotene supplementation. Study participants were randomly selected from a population under 55 years old, because skin changes at these ages are mostly due to photo-aging and not chronological age. The participants did not differ on smoking, history of sunburns, sun exposure or working indoors. Group One used SPF 15+ daily to the head, neck, arms and hands and re-applied if outdoors more than a few hours or if they bathed or sweated. Group Two independently used sunscreen without any specific instructions or advice from researchers. Skin from both groups was examined using silicon models (microtopography) and clinical evaluation of the neck.

Results showed that regular use decreased moderate photo-aging from 58% to 49% and Group One was 24% less likely than Group Two to show increased aging. Beta-carotene did not affect skin aging. Self-reports showed that 77% of Group One was applying sunscreen 3-4 times per week compared with 33% of Group Two.

In addition to preventing cancer, sunscreen use also appears to help prevent skin aging. It is not Ponce de Leon’s fountain of youth, but it is helpful.